Education is the greatest gift a person can have. It is something that will last them a lifetime and can never be taken away from them (quite literally). Parents themselves sacrifice a great deal in order to give their children a good education. However, many are starting to notice how the quality of education the American youth gets, continue to deteriorate alongside the continued advancements in modern technology. Not only that, the education department is losing important federal budget funding from the current administration. It’s a big blow to both the educators and the students considering how expensive getting an education in the US has become. 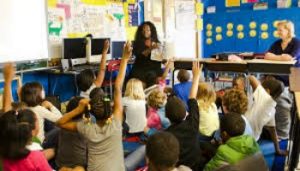 Teachers aren’t also getting paid what they are supposed to earn, which in turn affects their performance and level of dedication to work. How can American students get a quality education if the teachers themselves feel burdened at work and their efforts underappreciated? We can’t afford to let this trend continue especially how globally interconnected the world is now. It is even possible that we lose to people from other nations when applying for the same job especially when it is a multinational company that hires globally.

According to a new report from the Organisation for Economic Co-operation and Development (OECD), adults with a college degree are 10 percentage points more likely to be employed, and will earn 56{915279c9563e780dcc2f0d38c8deb267411de096a0b59ba8c295a8c78032d7c7} more on average than adults who only completed the end of high school. They are less likely to suffer from depression than their less-educated peers.

Progressive nations place a high value on education because only then can we produce smart, skilled, and highly-competitive workers. And they know just what a big factor a teacher is in the equation. Teachers get higher salaries and better benefits, and as such, they deliver quality teaching to meet their student’s needs. Until today, the US still lags in investing heavily in early childhood programs, taking for granted the chance to harness the potential of a child if they are taught early in life.

Public schools have always occupied prime space in the excitable American imagination. For decades, if not centuries, politicians have made hay of their supposed failures and extortions. In 2004, Rod Paige, then George W. Bush’s secretary of education, called the country’s leading teachers union a “terrorist organization.” In his first education speech as president, in 2009, Barack Obama lamented the fact that “despite resources that are unmatched anywhere in the world, we’ve let our grades slip, our schools crumble, our teacher quality fall short, and other nations outpace us.”

President Donald Trump used the occasion of his inaugural address to bemoan the way “beautiful” students had been “deprived of all knowledge” by our nation’s cash-guzzling schools. Educators have since recoiled at the Trump administration’s budget proposal detailing more than $9 billion in education cuts, including to after-school programs that serve mostly poor children. These cuts came along with increased funding for school-privatization efforts such as vouchers. Our secretary of education, Betsy DeVos, has repeatedly signaled her support for school choice and privatization, as well as her scorn for public schools, describing them as a “dead end” and claiming that unionized teachers “care more about a system, one that was created in the 1800s, than they care about individual students.”

The education system has long been politicized. Politics has a lot to do with the way the current US education system works the way it does now. It seems that most of us, both public officials and private citizens, have forgotten why we study in the first place. It is not just for our own personal vested interests (although that is a big factor) but in the building, shaping, and running of a society – the US of A – in this case, as our civic and moral responsibility to the state.

The youth is the future of any nation. The teachers ensure these young kids learn everything they need to prepare them in the future. But everything is so messed up right now that everybody is pointing fingers and blaming someone else for the many problems schools face now. It’s made even more complex with a leadership that also fails to recognize the importance of education in building a nation yet promises to make America Great again.