Warning: array_key_exists() expects parameter 2 to be array, null given in /home/thegreen/semp.us/wp-content/plugins/cloudflare/vendor/cloudflare/cloudflare-plugin-backend/src/Integration/DefaultConfig.php on line 25
 Asian Monsoons Are Becoming More Intense – SEMP
Skip to content 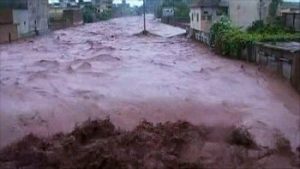 A weak El Niño is expected this 2017. It’s better to be privy to these details now before making any plans later in the year especially if it is for a vacation in an Asian nation that is heavily affected by monsoons. While rain is a welcome reprieve for countries suffering from issues like drought, too much rain can mess up crop production and affect the overall supply of food staples in the market. However, what is more important is the present, right? Well, we can brace for a hot summer for sure.

If it’s this hot in March, what will it be like in April, May or June? That has been the near inevitable conversation starter in large parts of India and Pakistan over the past few weeks.

As temperatures crossed the 40-degree Celsius mark in many places in the second half of March, wistful thoughts of spring vanished in the heat and dust.

There is more substantial damage as the heat is worsening the drought in Tamil Nadu and Karnataka in southern India. Farmers from Tamil Nadu — including from the Cauvery delta, traditionally known as India’s rice bowl — have been sitting in protest in national capital New Delhi for weeks, carrying skulls which they say are of farmers forced to commit suicide.

The state’s high court has ordered that loan waivers be extended to more farmers. Elsewhere, the new Uttar Pradesh government has announced a large-scale loan waiver for farmers.

By March 30, the water available in India’s 91 largest reservoirs monitored by the Central Water Commission was already down to 52.632 billion cubic metres, 33 per cent of the total storage capacity of these reservoirs.

The water bureaucracy has not pressed the panic button yet because this is marginally above the average availability in these reservoirs over the last 10 years.

Seasonal changes like monsoons are always a challenge for everyone. Sometimes the change may be for the best, other times it isn’t. The best we can do is to keep ourselves updated on the news to find out if there are any urgent changes we should be aware of. While we can rely on technology for us to stay informed, connection and power are still big issues in most struggling Asian countries especially in the midst of a calamity. Monsoons, for starters, have changed over the years mainly because of climate change. And once Mother Nature strikes, that’s when we realize how vulnerable we are to the elements.