Warning: array_key_exists() expects parameter 2 to be array, null given in /home/thegreen/semp.us/wp-content/plugins/cloudflare/vendor/cloudflare/cloudflare-plugin-backend/src/Integration/DefaultConfig.php on line 25
 Making Childcare Accessible For All – SEMP
Skip to content

Children are precious gems in the eyes of their parents. From the moment of conception until their adult years, their parents will never cease to see their kids differently even if they themselves bear children of their own. But if there is one big struggle in rearing kids, it has to do with childcare. In the US, childcare is expensive and not all couples can afford to pay for it. The problem is that both couples need to work at least two jobs to be able to live comfortably and pay for childcare without experiencing any problem at all. 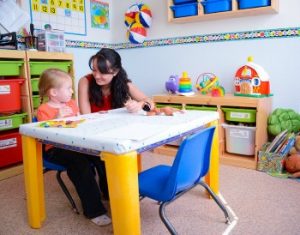 You don’t just leave your children behind to be taken care of by other people because they are virtually strangers. They also learn something new and develop their language skills and motor reflexes as the hours pass by in childcare centers. And most of all, you are assured your children are safe and sound all the time. It gives parents the peace of mind to focus on their work for the time being. But again, the problem is that childcare does not come in cheap and parents struggle to simply afford it.

By 2021, if New York City Mayor Bill de Blasio gets his way, a hedge-fund manager with a seven-figure salary would pay the same amount to send his 3-year-old daughter to preschool as a single mom working as a cashier would pay for hers: nothing. Last month, de Blasio announced his plan to provide free preschool for the city’s 3-year-olds, adding to the already robust Pre-K for All program that provides education for 4-year-olds in New York. Increasing the availability and affordability of early-childhood education has bipartisan support; universal programs already exist across the country, and six in 10 Americans agree pre-k should be free for everyone. But simply expanding access isn’t enough to help children—especially male children.

Attending a low-quality childcare program has deleterious effects on boys, so much so that the children would have been better off staying home. According to a new working paper from the National Bureau of Economic Research co-authored by the economists Jorge Luis Garcia, James Heckman, and Anna Ziff of the University of Chicago, it is the quality of the childcare, not simply the presence of it, that matters. Relying on data from childcare programs serving disadvantaged children in North Carolina, the researchers found a gender gap exists in the long-term outcomes of preschool and that boys are more vulnerable than girls if exposed to facilities that aren’t meeting high standards.

Childhood is a fundamental period in a child’s life. At this stage in life, everything is new to them and they have a lot of questions that need immediate answers. They won’t hesitate to try new things to satisfy their curiosity that may often lead to injuries or accidents when not attended. It is why childcare is crucial to their normal growth and development. They no longer have their parents to take care of them, so a surrogate parent in the form of a daycare worker or a childcare provider makes a lot of difference to how these young children turn out to be.

It’s supposed to take a village to raise a child. In America, however, it takes a really big bank account. Indeed, childcare costs in America are so astronomical that they’ve even become an issue for the wealthiest 0.001{915279c9563e780dcc2f0d38c8deb267411de096a0b59ba8c295a8c78032d7c7}. Ivanka Trump, for example, has made tax deductions for childcare one of her signature issues. And on Mother’s Day, Sheryl Sandberg, the Facebook executive, called for America to improve its childcare policies and better support working mothers in a post on her personal Facebook page.

Not only is childcare more than rent, it costs more than college, in many cases. According to a recent report from the think tank New America, full-time care in child care centers for children under the age of four is $9,589 a year, while the average cost of in-state college tuition is $9,410. This means a family earning the median household income would spend one-fifth of its income on childcare.

A parent spends almost 2/3 of his/her income on childcare alone. That leaves little money for other life expenses. If you are also paying for mortgage/ rent, food expenses, utilities, and transportation, then what’s left won’t be enough to cover all. That’s when you can say that the struggle is real in being a parent. If you stop working to take care of your kid, you will lose your income. If you work, you won’t earn enough to pay for all your obligations. There doesn’t seem to be a one-size solution that addresses the problem for good.

Affordable childcare should be included in the program of the government to help parents take care of their children without sacrificing the safety and well-being of the youngsters. Not only do the kids suffer in the absence of affordable childcare programs but the parents’ emotional well-being too that results to a “happiness gap” in most developed countries like America where leaders often talk about family values but seldom do something about it.