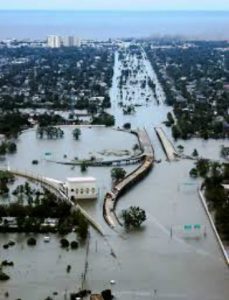 2016 really was the year of the flood in the U.S.: In total, 19 separate floods swamped the nation last year, the most in one single year since records began