The world is over four billion years old and has been habitable by life forms for over six million years. Otherwise known as the globe, the planet has been our home for over 200,000 years. It has provided our species with all the resources we need to survive and flourish. Life hasn’t always been easy on the planet especially while our ancient ancestors lived in the wild but as evolution harnessed our cognitive ability, we emerged as the superior species and it enable us to develop the world into what it is today. 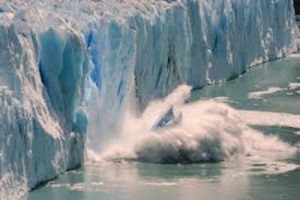 Unfortunately, all these advancements have taken its toll on the planet. Over the centuries, big and small changes have taken place on the planet. The continents have shifted into the modern world that is now our home. Pre-historic animals vanished and modern life took their place. There have been other changes but they happened gradually. However, as the world endures all the abuse and misuse of its resources, major changes are rapidly taking place, much faster than what the world has witnessed over the years. Polar caps are melting and are causing the sea level to rise. The ozone layer is slowly depleting, trapping in more heat that results to global warming. We are responsible for eating away our own life systems here on earth and we are also the first one to suffer once Mother Nature strikes back.

Pollution and rapid urbanization are the major contributors to the planet’s deterioration. Climate change is mostly driven by human abuse. The same changes that took place over the past 60 years actually took 10,000 years to happen in the past. The world’s environment and climate were at its best then but things have turned from bad to worst now. Our planet is slowly dying and it is our entire fault.

Instead we live in a world threatened by a climate change catastrophe.

The last report of the Intergovernmental Panel on Climate Change (IPCC), the Fifth Assessment Report (AR5) released in 2014, made it clear that, unless steps were taken, manmade climate change carried “the likelihood of severe, pervasive and irreversible impacts for people and ecosystems.”

It is probable that the focus on severe and irreversible change — the thought of glaciers disappearing from the Himalayas, of the polar ice caps melting completely and leading to a warmer ocean, and up to 200 million people being displaced — was the major factor that helped pave the way for the Paris Agreement. But to focus on only the risk may not tell the whole picture.

Speaking about the future, AR5 states, “Limiting climate change would require substantial and sustained reductions in greenhouse gas emissions which, together with adaptation, can limit climate change risks.”

This is the challenge we currently face. As with a world filled with nuclear weapons and nations at each other’s throats in the 1980s, humanity is unlikely to survive — or at least survive in any way comparable to the conditions in which we now live — if we continue to follow the standard path.

Climate change is no longer just a threat but a sad reality of our times. And as if the destruction we inflict on the environment is not enough, the political and religious conflicts all over the world make life even more difficult for many. These wars continue to claim lives but also destroy the environment with the constant bombing and chemical and nuclear warfare. Aside from the Far East and Africa, Asia is also one of the places badly hit by climate change and political tensions.

Competition for dwindling water supplies from a mountain range in Central Asia could erupt into regional conflict, Chinese researchers have warned.

Global warming and retreating glaciers in the Tianshan range – the “water tower” of the region – have raised the spectre of water shortages that will affect “the relationship between countries in Central Asia,” the researchers warned in a report on the Chinese Academy of Sciences’ website.

Central Asia is a dry, landlocked hinterland and Tianshan is the tallest and biggest mountain range in the region. About 2,500km long and up to 350km wide, the range winds through numerous countries including Uzbekistan, Kyrgyzstan, Kazakhstan and the Xinjiang region in China.

Rising temperature in most places on the planet not only led to droughts and famines but has caused unrest among the people. Countries may fight one another because of competition for resources. In our modern world, it is disheartening to witness people dying of thirst and hunger in famine-ridden and war-torn nations when modern groceries and supermarkets in developed countries are fully stocked with all the basic household supplies and food.

Humans have mainly relied on technology in their daily tasks and in part raised energy consumption too. Aside from that, we mess with the world’s natural ecosystems by clearing land for agricultural, residential or commercial purposes. We change the land and marine ecosystem that in turn cause more harm than good. We are heading into an unsustainable future and we may find it harder to survive given the earth’s extreme weather conditions and limited resources. If we don’t act now while we still can, that is likely the future that is waiting for the rest of us – living on a planet that can no longer support our needs and possibly result in our species likely extinction.