The earth is full of wonders, both good and bad and natural and man-made, we can never fully comprehend. The beauty of nature is unparalleled while its wrath is a force to be reckoned with. In our lifetime, we will face countless disasters that we can barely remember them all. However, a few will stand out in our memories. A fine example is a volcanic eruption. If you live in an area where there is an active volcano nearby, you can relate to the stress and challenges posed by an erupting volcano. 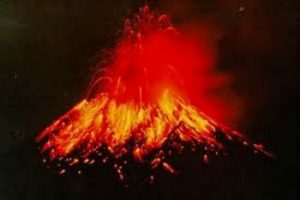 The build-up of pressure and density underneath causes the volcano to erupt. It is earth’s way of cooling off by releasing too much internal heat and pressure. These eruptions can trigger earthquakes, mudslides, rock falls and even flash floods. It also poses health risks due to the excessive cloud of ash and dust that fills the air. People living nearby should evacuate and move somewhere farther and safer until the threat dissipates.

With the help of modern technology, man can now predict future volcanic eruptions and help them prepare and save countless lives in the process.

What will the satellites see?

When magma rises up from inside the Earth, it causes the ground above it to swell.

While you might not be able to see this standing on the Earth, scientists say this can be spotted from space.

So the satellites will look out for things like changes in the shape of the ground near to volcanoes, which might suggest when magma is rising up.

They will send what they see back to Earth using a high-speed laser link.

What difference will this make?

If scientists spot changes in the shape of the ground near to a volcano, they can alert people living in those areas.

It won’t mean that an eruption is definitely going to happen, but it means that people can be more prepared in case it does.

At the moment, there are about 1,500 active volcanoes in the world, but only a small number of those are heavily monitored.

Volcanoes can stay dormant for a long period of time and only become active when the pressure underground is too much and it desperately needs to release internal heat and pressure. Over the centuries, civilizations have been wiped out because of major volcanic eruptions and it is also making people anxious nowadays when numerous volcanic eruption is coupled with the threat of global warming and climate change.

According to Volcano Discovery, 35 volcanoes are either currently erupting right now or just recently erupted all over the world. There are even more volcanoes with eruption warnings and tons of other volcanoes that are active, meaning they could technically erupt at any minute (though unlikely).

According to USGS: “Scientists use the term magma for molten rock underground and lava for molten rock (and contained gases) that breaks through the Earth’s surface.” At the moment, something in the Earth is causing magma to be pushed up in numerous volcanoes worldwide.

While many of us don’t like volcanoes because of the risks they pose especially with the lava flow and volcanic fumes, volcanic eruptions actually do some good to the environment. Minerals in volcanic ash help plants grow especially when the ash is still soft. But regardless of the role volcanoes have in the planet, we can’t deny the fact that volcanic ash, lava, and magma don’t mix well with human life. And as such, you should take precautions especially if you leave nearby.

So how then should the public prepare before and respond during, and recover after volcanic eruptions?

Volcanic eruptions serve as nature’s natural reset button.  In a world that is rapidly dominated by technology, it is no longer surprising that we witness more natural calamities than in the past. We can never stop volcanoes from erupting but we can prepare for it. While technology is a double-edged sword that has its pros and cons just like everything else, we can also use it to our advantage. Modern advancements enabled scientists to research and study volcanic explosions closely and learn more about how it works and why it happens. So, let us continue to live life to the fullest while taking appropriate precautionary measures since we live in a world that is continually changing as we speak.