Warning: array_key_exists() expects parameter 2 to be array, null given in /home/thegreen/semp.us/wp-content/plugins/cloudflare/vendor/cloudflare/cloudflare-plugin-backend/src/Integration/DefaultConfig.php on line 25
 Why Women Need To Get Screened For Cervical Cancer – SEMP
Skip to content

Our health is so precious to us yet not everyone takes good care of it especially when you are still young. There is this misconception that being young means being free to do anything, even the ones that are bad for our health like engaging in dangerous vices such as illegal drugs, smoking, alcohol, and other forms of addiction. But as we age, we start to develop more debilitating conditions as our bodies degenerate. Yet the majority do not expect to get sick while they are still young. However, there is one condition that affects people regardless of their age – cancer. 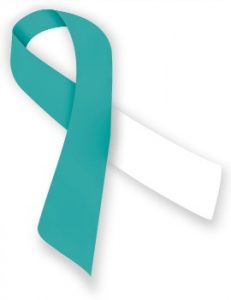 By now, the world of medicine has already discovered various types of cancer affecting both the young and the old, man or woman, regardless of your status in life. Different strains affect the sexes too. Men are more prone to suffer from prostate cancer while women from cervical, breast, and ovarian cancer. Cervical cancer is a condition that is often asymptomatic and strikes women out of nowhere especially if they do not make it a point to get screened or undergo a Pap smear as recommended by the doctors. This procedure is something that most women ignore especially when they are still younger but surprisingly, many young women have succumbed to cervical cancer over recent years.

“A woman going to her provider for a visit would want to talk with her doctor about the last time she was screened, what type of screening she had, which one to have next and what the timing of that should be,” says Maureen Phipps, chair of obstetrics and gynecology at the Warren Alpert Medical School of Brown University in Providence, R.I., and a member of the task force. The draft recommendations update the 2012 USPSTF recommendations.

Roughly 13,000 women are diagnosed with cervical cancer alone each year in America alone and about 4,000 dies as the disease advances and prompt treatment was not given when they still had the time. A woman’s life is saved with early cervical cancer screening and it has proven to be a success as to how dramatically the mortality rate to this condition has gone down over the years.

“Most cases of cervical cancer occur in women who have not been regularly screened or treated,” explained Mangione, who heads the division of general internal medicine and health services research at the University of California, Los Angeles’ School of Medicine. “Therefore, making sure all women are adequately screened and treated is critical to reducing deaths from cervical cancer.”

You do not have to die even if you are diagnosed with cancer. Once you hit your 30s, women should make it a point to get Pap test at least every 3 years unless experiencing any related symptoms that will require them to get it annually. With the technology we have today, you can explore various options and not just go the old route. And because of our increasingly modern lifestyle that favors junks, technology, and chronic lack of sleep and physical activity, developing cancer is more common now unlike in previous years. So, do not miss out on that screening test if you are a woman over thirty in order to avoid having health issues like cervical cancer that is the stuff of nightmares but is apparently avoidable when detected early on.